What’s the difference between 2.4GHz and 5GHz WiFi?

When it comes to shopping around for wireless routers to set up a WiFi connection in your business, two of the most popular choices are ones marked 2.4GHz WiFi and 5GHz WiFi.

However, trying to choose between them both isn’t easy.

From determining what range you need to considering GHz to Mbps, it can all seem a bit alien if you’re new to the whole 2.4 vs 5GHz debate.

To help you find the perfect WiFi frequency for your business, here’s a handy guide.

The main things to look out for when considering 2.4 vs 5GHz WiFi is the:

To make things clearer, we’ve broken down each of these in more detail.

2.4GHz WiFi covers a longer range than 5GHz WiFi, making it ideal if you need the signal to reach a larger area, such as large retail shops, bars with different floors and hotels with a pool area.

Without taking any external factors or major obstacles into consideration, a lot of standard WiFi routers operating on the 2.4GHz frequency can reach up to 150 feet (46m) indoors and 300 feet (92m) outdoors.

In comparison, those using the 5GHz frequency usually reach around one-third of these distances.

It’s worth noting that this kind of coverage can be hampered depending on what specific 802.11 protocol it runs, the strength of your device transmitter and physical obstructions.

Think of it like when you’re baking and are rolling out dough. When you use the rolling pin to make the surface area of it bigger, the dough becomes thinner. While you might be covering a bigger area, you’re losing its density in the process – or in the case of the 2.5 vs 5GHz argument, you’re losing the bandwidth.

The higher the frequency, the faster the data is transmitted – commonly referred to as the bandwidth. This means, while 5GHz WiFi might not be able to get the same coverage as 2.4GHz WiFi, it’s able to carry more data and transmit it at a faster speed over that shorter distance.

If you own a hotel with meeting rooms or a café that attracts a lot of professionals who need a first-class connection to stream, send emails and download files without any issues.

Related Article: How to Make Your WiFi Compliant and Secure

On a tight budget? The prices for 2.4GHz WiFi are a lot cheaper than 5GHz WiFi packages as the latter is newer in the market and provides better speeds.

5GHz WiFi also comes with the added benefit of supporting 2.4GHz radios, so you get the best of both worlds.

However, price is a subjective thing when you consider the value of money. For instance, you can spend less on a 2.4GHz WiFi package, but if you have a small café which welcomes a lot of professionals, you could arguably lose business due to your signal.

The final thing to think about in the WiFi 2.4 vs 5GHz debate is the external factors.

For instance, the shorter waves used by the 5GHz band makes it harder for it to penetrate walls and solid objects.

Although, the 2.4GHz frequency is overcrowded and congested, with only around 11 channels available compared to 5GHz’s 23. So, the strength and distance of the transmission could be affected if there are microwaves, cordless phones and any Bluetooth devices interfering.

When was WiFi invented?

The origins of WiFi is quite fascinating. It all began back in 1941, when Hollywood actress, Hedy Lamarr created and patented the idea of Frequency-Hopping Spread-Spectrum (FHSS) technology to help navigate torpedoes go undetected during WWII.

However, it took decades before experts discovered it could be used to power WiFi, Bluetooth, Zigby and more.

The development of WiFi technology is widely accredited to an Australian engineer, Dr John O’Sullivan, and his team of inventors in the 1970s.

Although, the idea of using wireless transmitters and radio signals to give a device access to the broadband internet wasn’t brought to market until 1997 – following the creation of a committee called 802.11.

Off the back of this, the IEEE802.11 standards were then introduced to define communication for wireless local area networks (WLANs).

Over the space of two years, many prototype equipment (routers) were developed to comply with these standards, with WiFi eventually being introduced for home use in 1999. 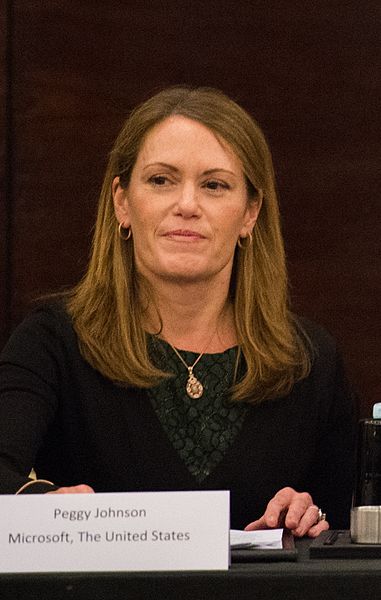 Still with me? Good.

For the first ten years, 2.4GHz WiFi was the most popular choice for homeowners and businesses, as it worked with a vast majority of devices and was cheaper than 5GHz WiFi.

However, as time went on, more and more devices wanted a slice of the action. The attractive range and cost of 2.4GHz WiFi meant that everything from Bluetooth headphones to laptops started using the frequency, causing it to become slower.

As a result, 5GHz WiFi started to establish itself as a credible alternative for users and devices.

What does the future hold for 2.4GHz and 5GHz WiFi?

As we move forward, WiFi 6 is set to expand and introduce the 6GHz frequency to the market.

But don’t fear, the 2.4GHz and 5GHz WiFi frequencies aren’t going to fall from the face of the earth. Ultimately, you should be picking your WiFi hardware based on the particular needs of your venue.

You'll be amazed at what you'll learn about your business by asking a few simple questions...

The booking system you choose can have a direct impact on profit and loss. We've reviewed what's available in 2021.

How to Create a Restaurant Employee Handbook

This might just be the most important document that your business has.