The first hashtag is thought to have appeared in 2007 by Twitter user, Chris Messina, who suggested using the symbol as a way to group tweets together.

Fast-forward over a decade, and hashtags are an intrinsic part of modern day culture. They’re still used ad nauseam on social media, but they’ve also become part of many people’s vocabulary.

Hashtags are also a powerful marketing tool for restaurants. But, like anything powerful, they’re easily misused, and that can result in lots of wasted time and social media posts which simply disappear into the ether.

We’ve got 60 awesome hashtags for restaurants which work brilliantly on Instagram. But first, let’s consider why hashtags are worthy of your invaluable time.

What is a hashtag?

Today, hashtags are largely used for the same reason Messina devised them 13 years ago. They’re still one of the best ways to search for specific topics, discussion threads or a collection of posts related to the same subject.

They’re also used as forms of expression. For instance, you’ve probably witnessed people using hashtags to describe an emotion or feeling. “I feel so #blessed to have this family”, isn’t the kind of application Messina had in mind for hashtags, but it’s now an accepted (some would say overused) form of communication.

Most social media platforms have taken advantage of hashtags, and while you don’t necessarily need them to get found on Twitter, Instagram or Facebook, they’re still a vitally important signal for engagement and ranking.

Here are some of the key benefits of using hashtags on your restaurant’s Instagram posts:

As noted, you need to be careful with hashtags. Too many, and you’ll overwhelm the reader; too few, and your content won’t find the right audience.

It’s also easy to use a hashtag which conveys the wrong message or inadvertently places you in front of the wrong audience.

Like so many things in marketing hashtags simply need some common sense and knowledge of best practice. On Instagram, you’ll be glad to hear the latter is pretty straightforward.

The Facebook-owned image sharing platform allows a maximum of 30 hashtags per post, but that doesn’t mean you should use all of them. Despite this, Instagram generally fares better when it comes to judicious hashtag usage than a platform like Twitter.

Choosing location hashtags for your restaurant

One of the main reasons for using hashtags as part of your restaurant’s marketing campaign is to improve the visibility of your brand.

This is why location-based hashtags are so important - and powerful, when used correctly.

Someone halfway across the world may love the Instaworthy snap of you signature main course, but they’re unlikely to become a customer. But, the hungry would-be lunch customer who lives a 20-minute car journey away? A well-timed and well-placed location-based hashtag might sniff them out.

When choosing location hashtags for your restaurant on Instagram, the format is simple - you just pick a popular hashtag (we’ll get to those soon), and lead into it with your location.

Alternatively, simply add your location’s hashtag on its own, among the other hashtags you’ve chosen.

It’s also very important to keep in mind your audience and the popularity of hashtags in your location. Some examples:

30 of the best general restaurant hashtags

Every restaurant Instagram marketing plan needs a solid base of hashtags to work from. Below, we’ve listed 30 go-to hashtags you can rely on. 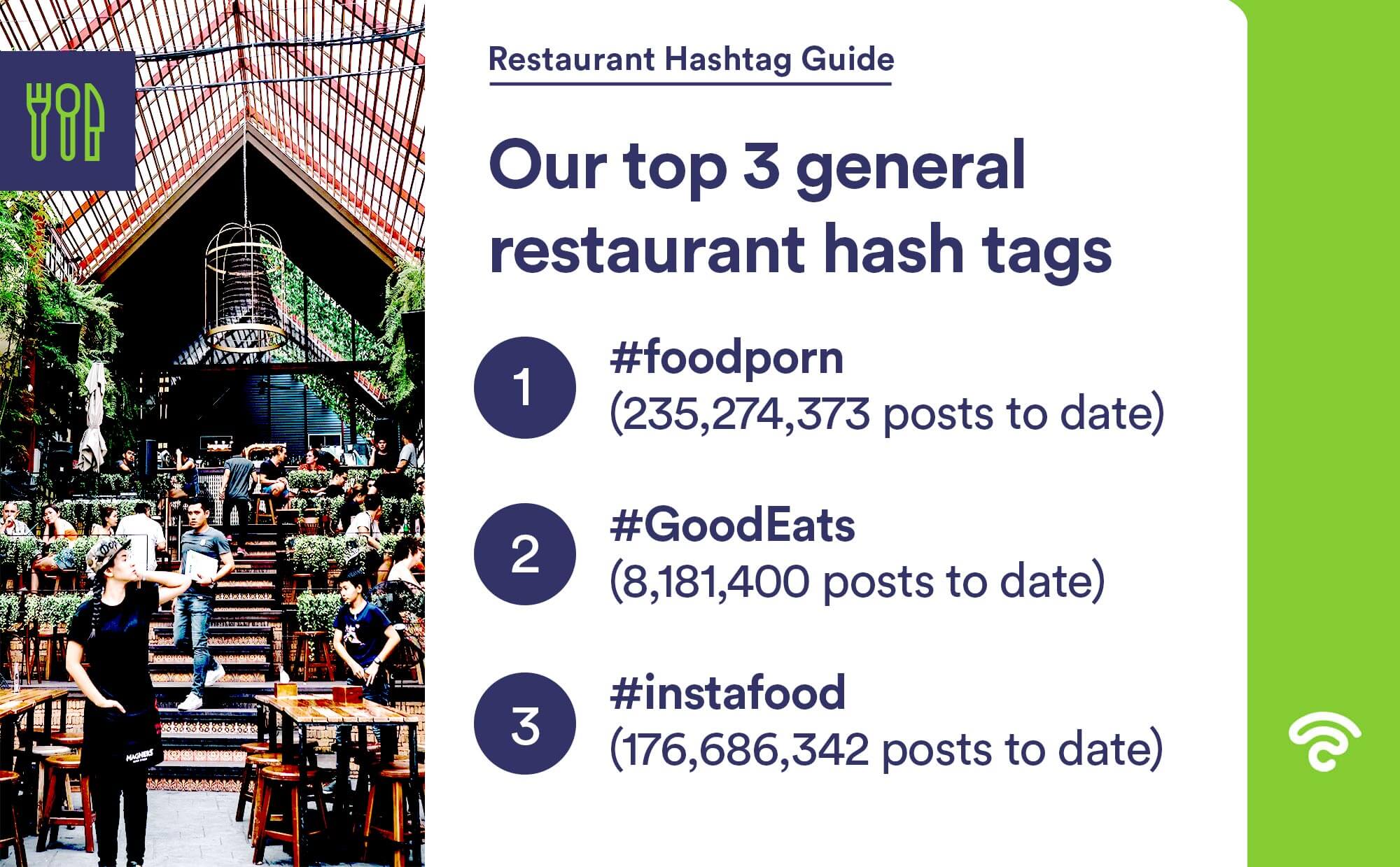 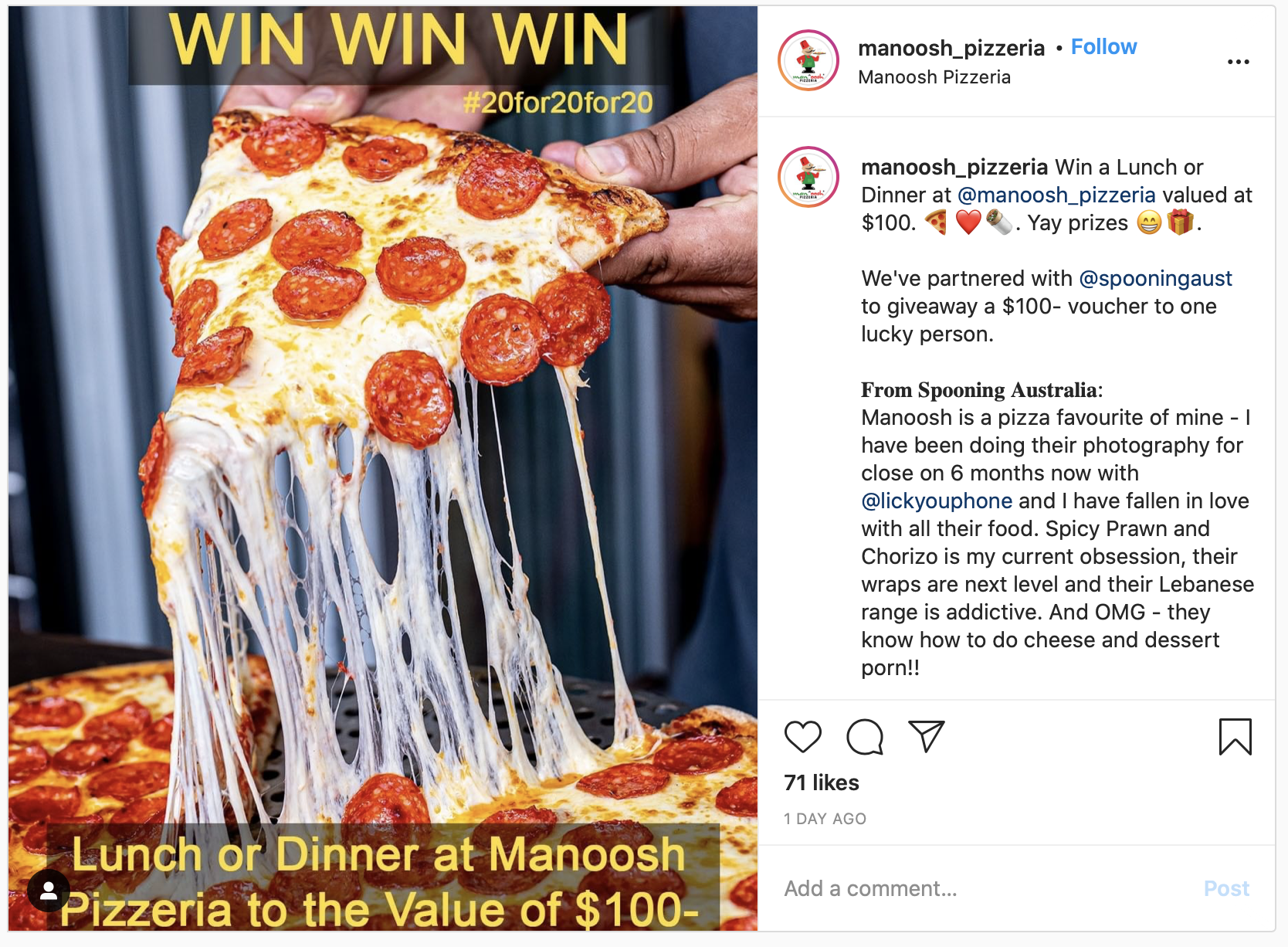 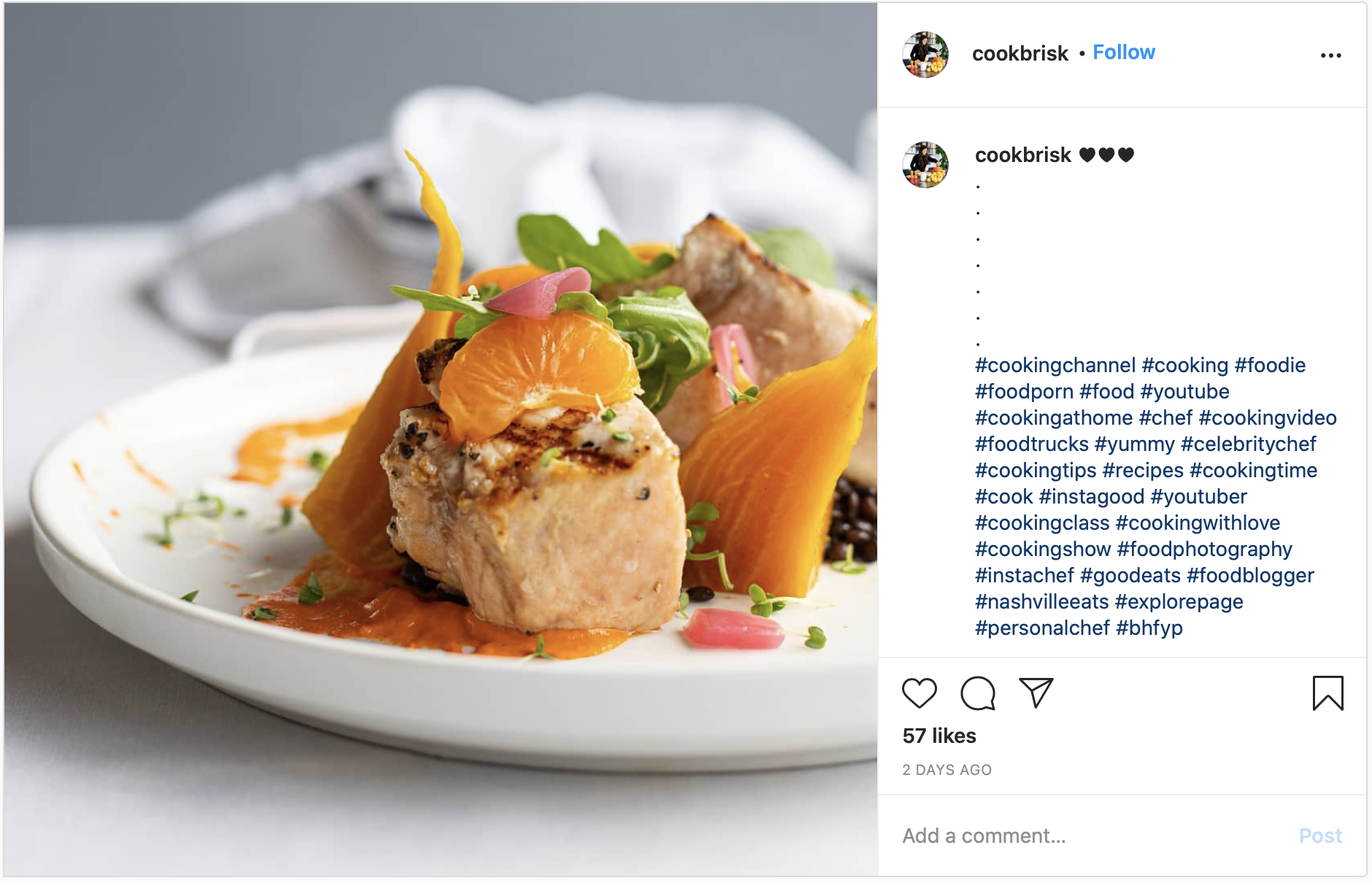 3. #instafood (176,686,342 posts to date) Arguably one of the most recognisable hashtags relating to food and restaurants - and for good reason. 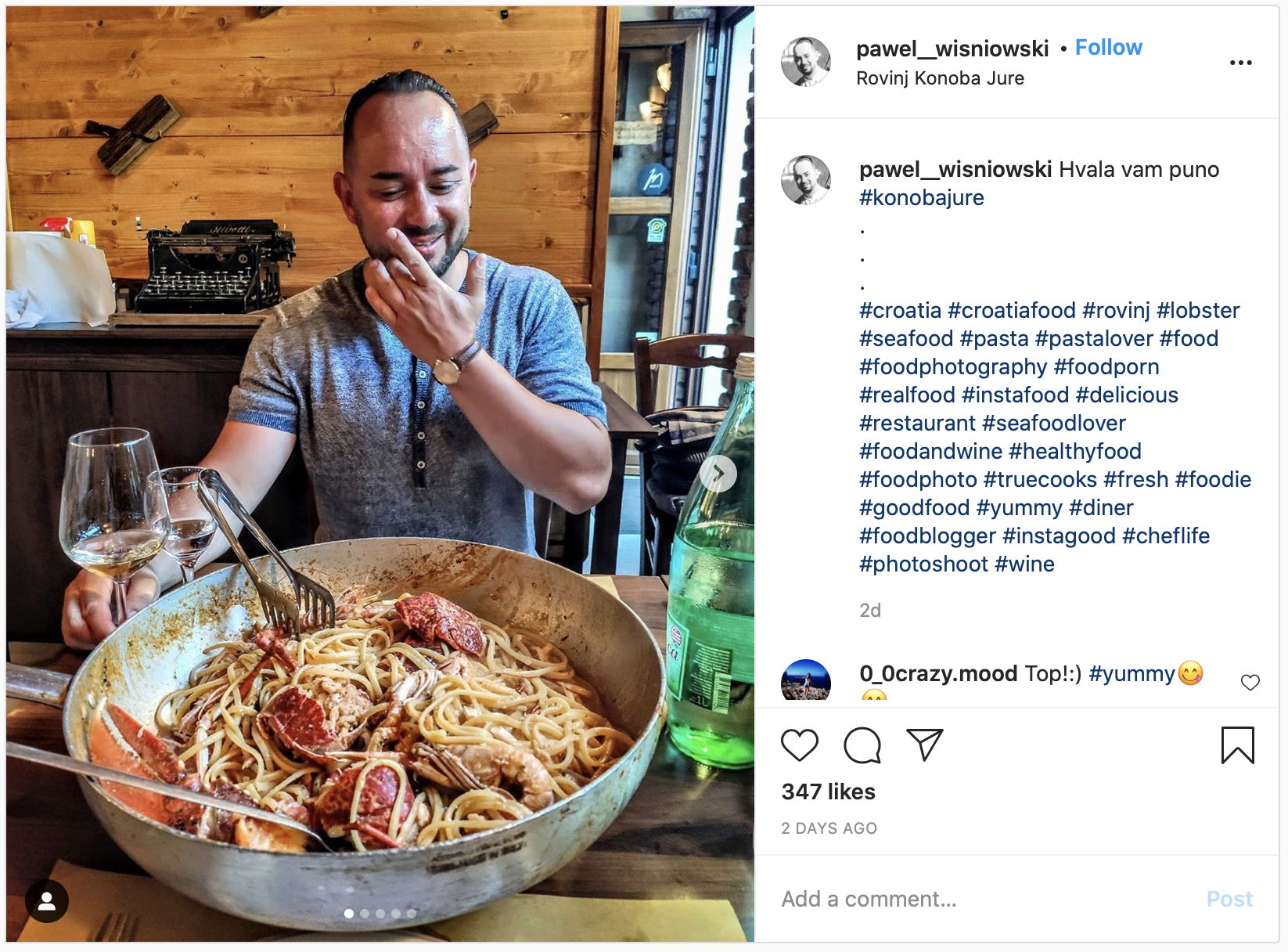 Instagram is all about the imagery. Combine one or several of the hashtags below with general or location-based hashtags. 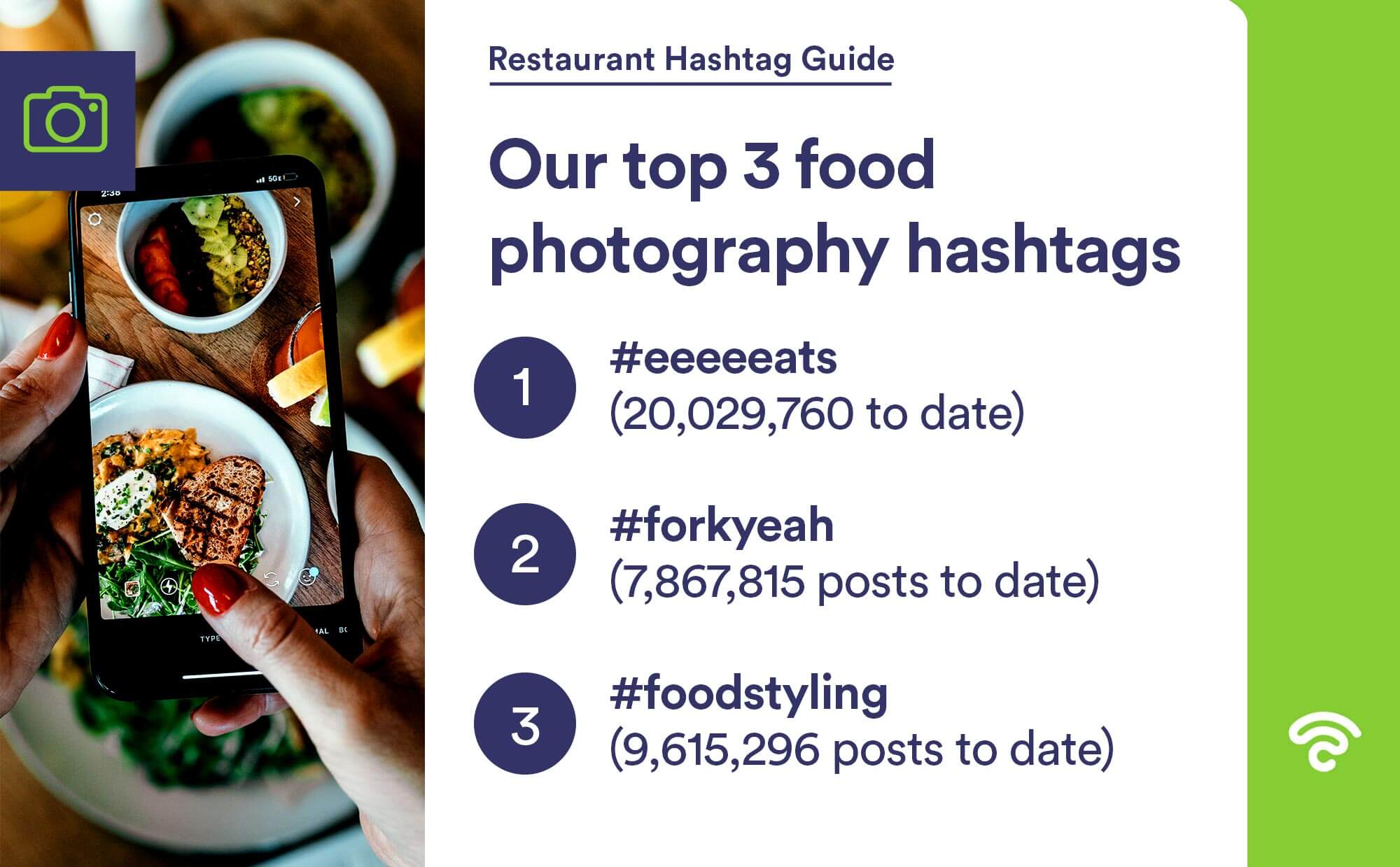 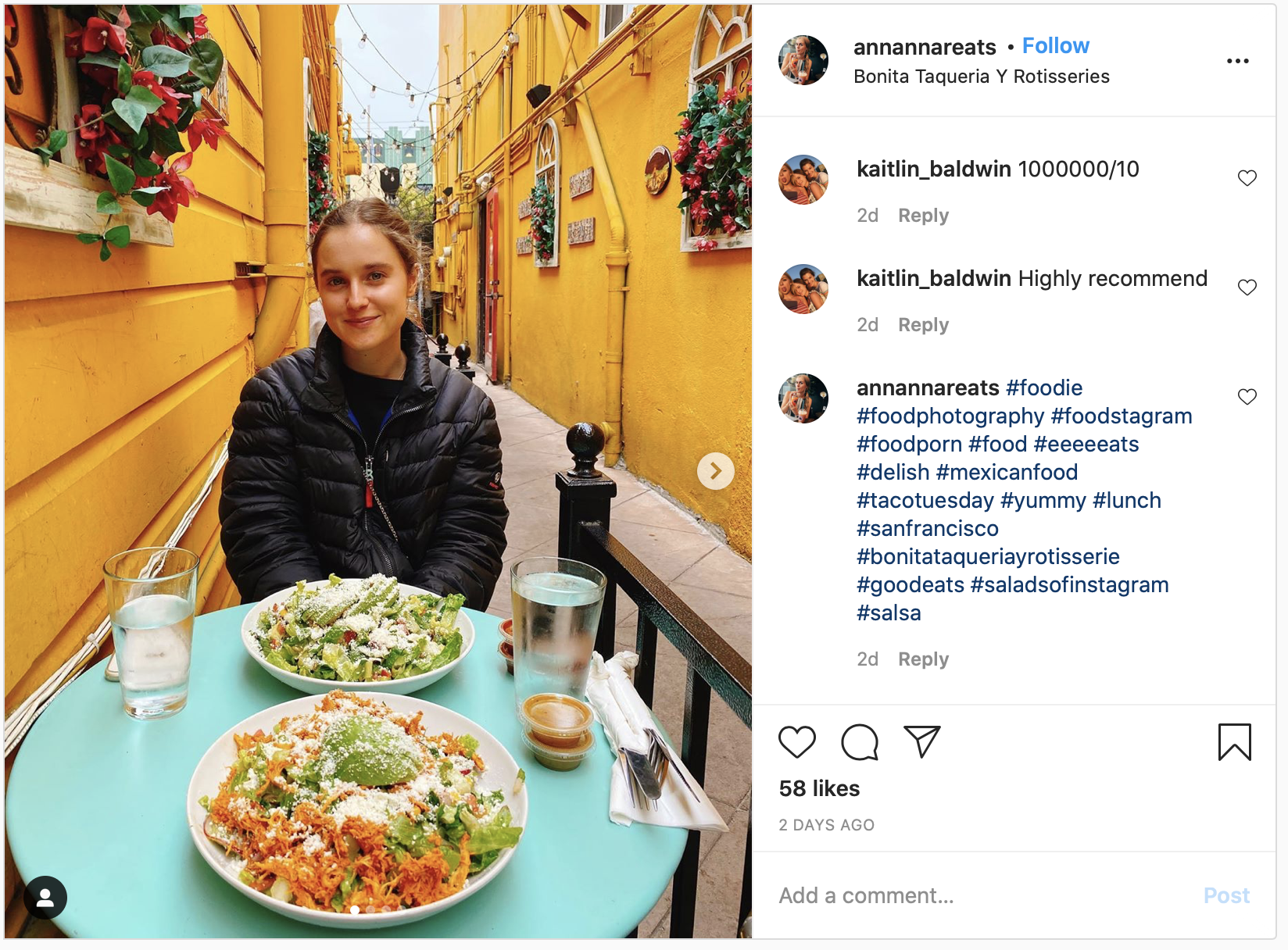 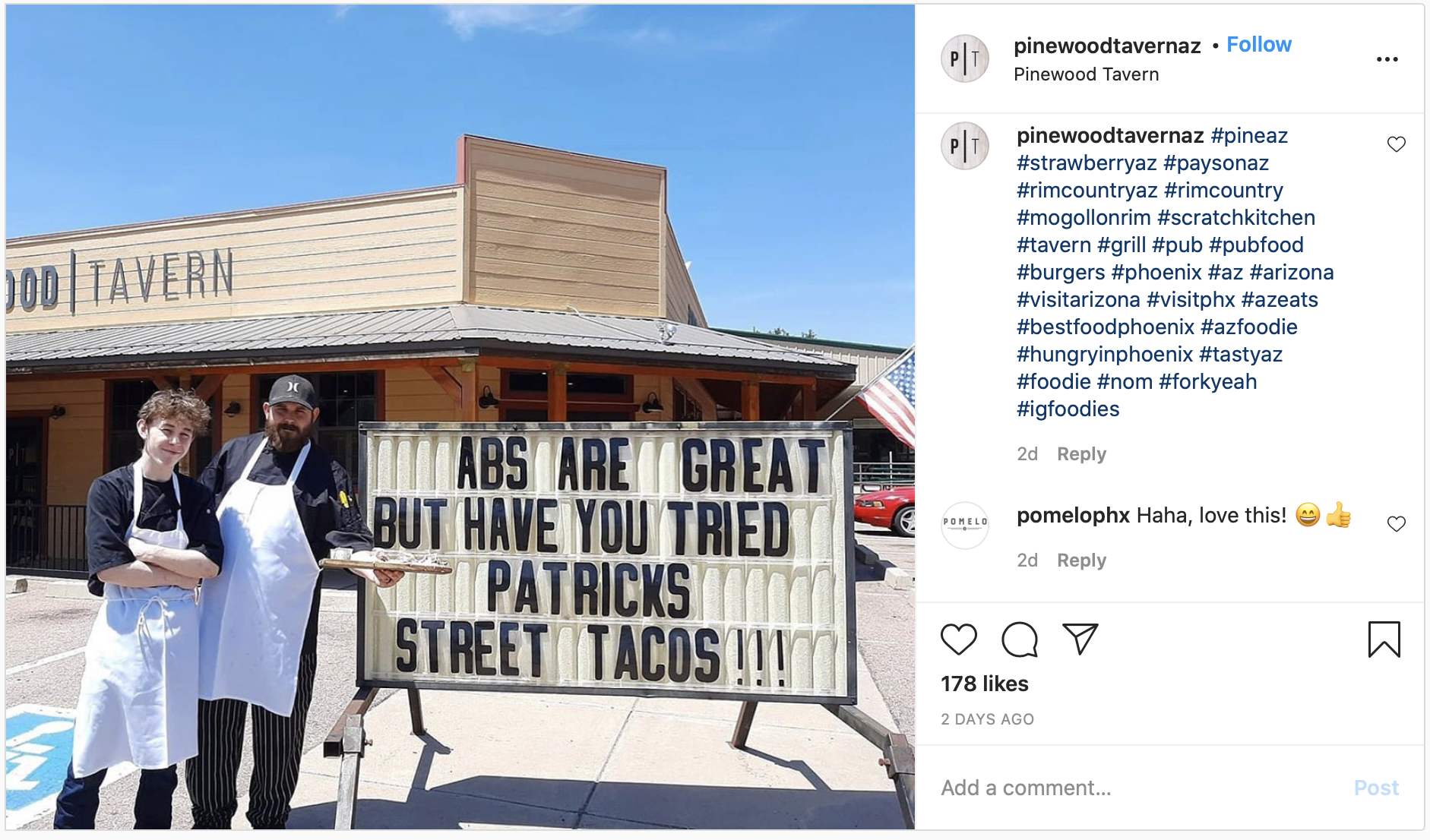 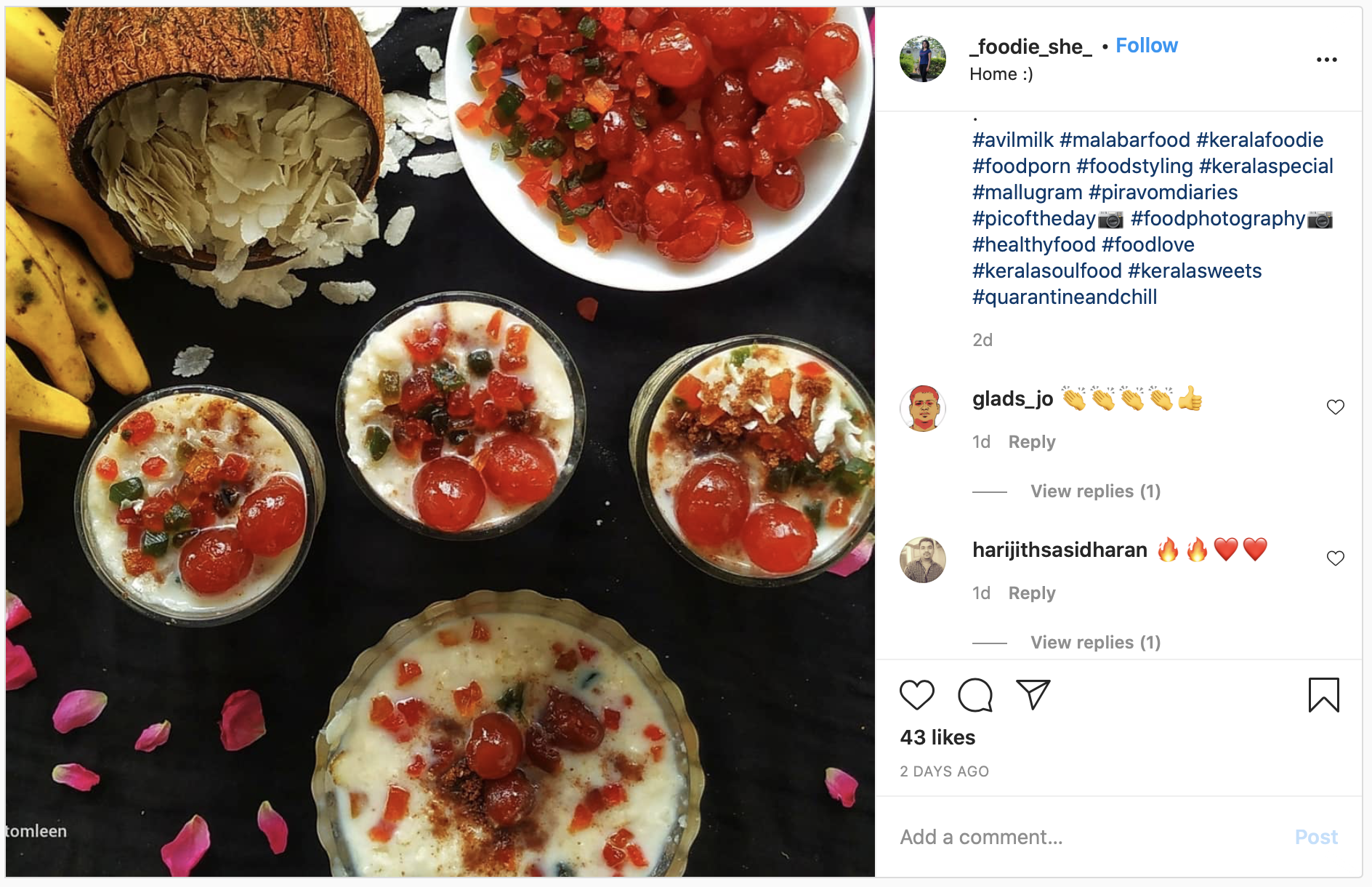 A well-timed and considered promotion will win you plenty of long term customers, and Instagram is one of the best ways to pique their attention.

Raring to get started with your restaurant’s social media strategy? Here are some related articles which will help you make the most of this vital marketing platform.

How to Take the Best Photos for Your Social Media Marketing

Short-notice local holidaymakers could provide a huge boost to venues. Old marketing techniques might not hit the right audience, so employ these five techniques to give yourself a boost.

A Hospitality Guide to Email Marketing

Email has the ability many channels don't: creating valuable, personal touches—at scale. Nail your strategy with our hospitality guide.

How Behavioural Marketing Could Transform Your Business

At Beambox, we refer to this type of marketing as ‘event-driven'. And we think it could transform your hospitality business.