“When you are trying to move mountains, you want – and need – people on your side who want to move them with you.”

Who do you reckon said that?

Nope, it wasn’t a world leader, business mogul or Nobel Prize winner. It was Jamie Oliver. You know - the naked chef.

There are so many restaurateur quotes we could choose from, but the above neatly encapsulates what it means to be a successful operator within the tough modern restaurant industry.

You can’t do it alone, but when you first start out, you often are alone. And that will leave you with nothing more than your thoughts, personality and deep desires.

Assuming you want to move your own mountains as a restaurateur, you might be wondering what it takes. So, we’ve decided to list ten of the most important traits all successful restaurateurs have in abundance.

What does a restaurant need from its owner? 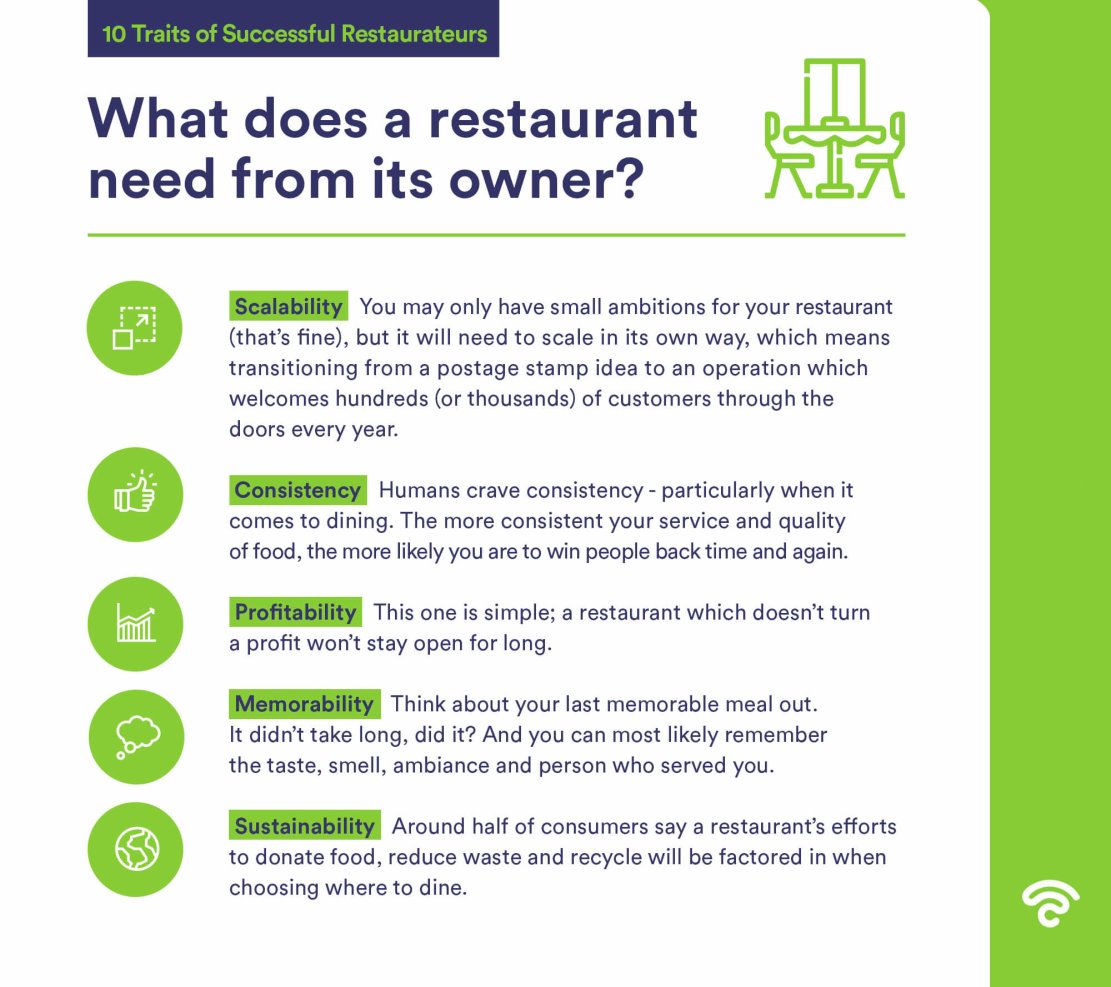 Before we get into the character traits of successful restaurateurs, let’s consider what the restaurant itself needs from you.

Restaurants don’t run themselves. Even the operations which appear to effortlessly welcome new customers through their doors based on location alone will always have a great owner and management team at the helm.

Above all, those people understand that the restaurant needs the following five elements.

Now we know what a restaurant needs, let’s consider the character traits of someone who can fulfil those needs. 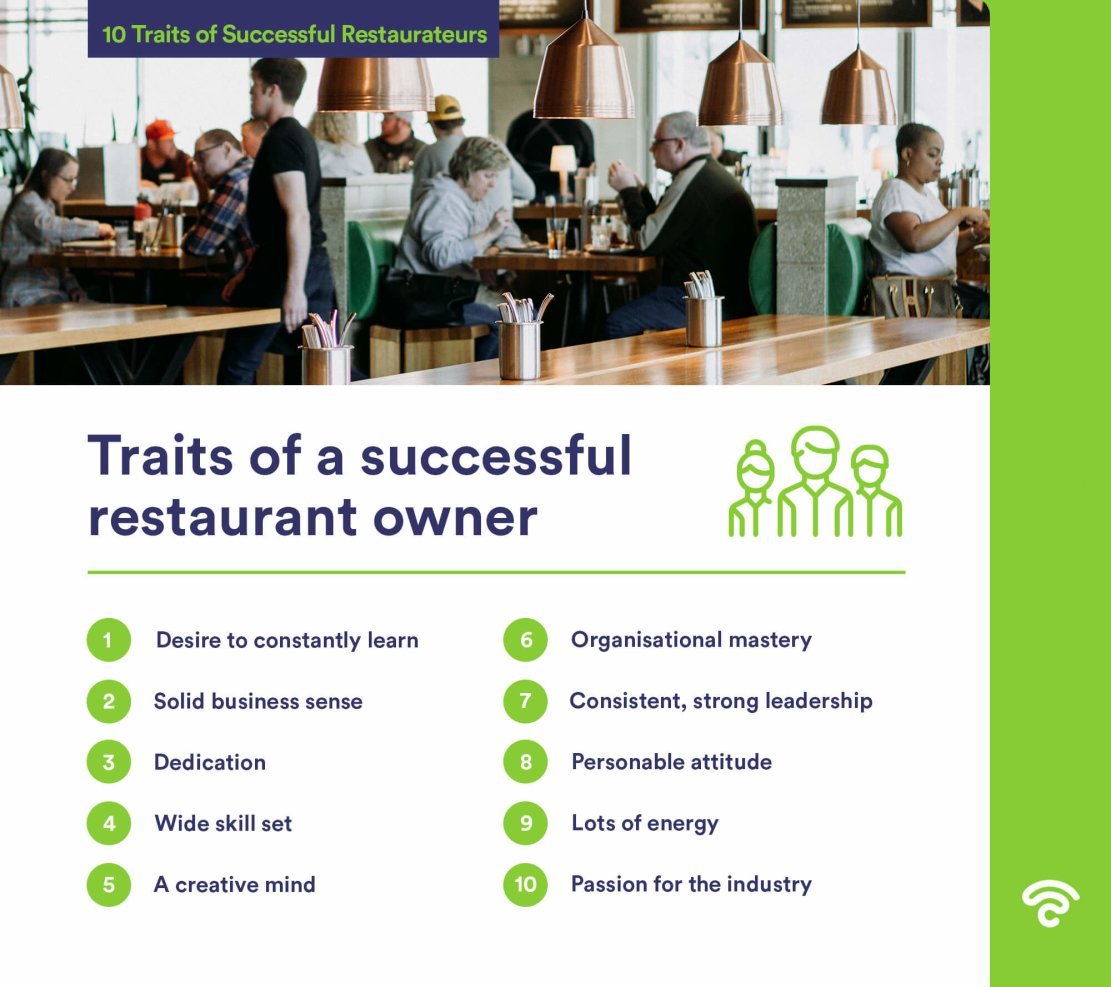 There isn’t a business leader on this planet who doesn’t consistently learn each day.

You’ll never ‘perfect’ the art of being a restaurateur, but that’s not the point. It’s far more important to have a willingness to learn your craft and see every mistake made as an opportunity to improve.

Restaurants are businesses, but they’re often labelled ‘lifestyle businesses’, which can give off the wrong scent.

As a restaurateur, you need to ensure the venue turns a healthy profit so you can pay staff, cover the rent, buy in stock and have some left over for growing the business. This required a solid sense of business, which can be applied to any industry.

3. Dedication (even when things get tough - which they will)

There’s no escaping the fact that during the early days of running a restaurant, you won’t have a huge amount of time for your personal life. For some restaurateurs, this remains the case throughout their tenure.

Stressful days and long hours will be part and parcel of what you do, and that requires dedication if you’re to stick at it.

There’s a reason the most successful restaurateurs are just as adept at pot washing as they are negotiating with suppliers.

The only way you’ll ever understand the inner workings of your business is to learn each job it demands. That means you’ll need to get your hands dirty - literally - and work with your team, rather than above them.

There’s so much competition out there, and to win the mindshare of diners, you need to be creative with your offering.

From the menu to the restaurant decor and marketing output, restaurateurs need creative minds to ensure their venue draws in a significant audience.

There are so many items on the daily to-do list of a restaurateur. From managing the team to budgeting, menu planning and keeping on top of marketing, you’ll need to be super-organised.

It’s a huge juggling act, but one which is made easier the more organised you are.

Earlier, we revealed that you’ll need to get your hands dirty and learn every skill the restaurant needs, but that doesn’t mean you should avoid leading from the top.

It’s what your team wants and needs; a leader who is consistent, approachable and clearly in charge. They’ll look to you for guidance, counsel and support, and that needs to be available 24/7.

The way you conduct yourself when you walk into the restaurant each day will set the scene for that shift. It’s why the best restaurateurs are also the most personable and relatable.

We opened with a Jamie Oliver quote for a reason. Whether you love him or switch the channel over whenever he appears on TV, it’s hard to deny that he’s built a brand based on his personality and relatability. As a restaurateur, those same qualities will keep customers coming back for more.

This isn’t a desk job. To be a successful restaurateur, you need serious stamina.

Those long hours often take place when others are curled up in front of the TV (or snoozing in bed). In your world, everything will be happened at lightning pace. Can you handle it?

10. Passion for the industry

This might sound like an obvious one, but you’d be surprised by how many restaurateurs enter the game without enough of a passion for the sector. They may see it as a breakaway from their desk job, or a spur-of-the-moment decision to change careers.

Those scenarios can work, of course, but to have staying power as a restaurateur, you really need to love the industry before you draft your business plan. From the food to the intricacies of running a restaurant operation, it has to be something you yearn to do, because once you’re in, you’ll never want to get out.

If you’ve read through the list above and realised you do have what it takes to start, run and grow your own restaurant, we’d like to continue helping you along that path.

Check out one of our most popular blogs below; we think you’ll find it very useful during these early stages. 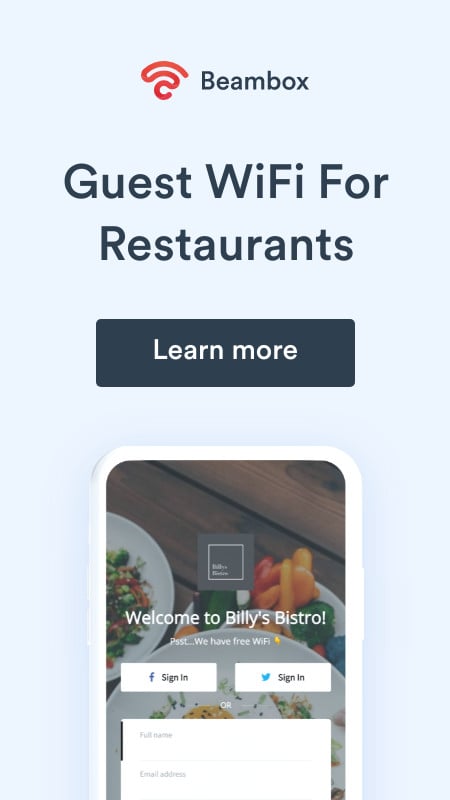 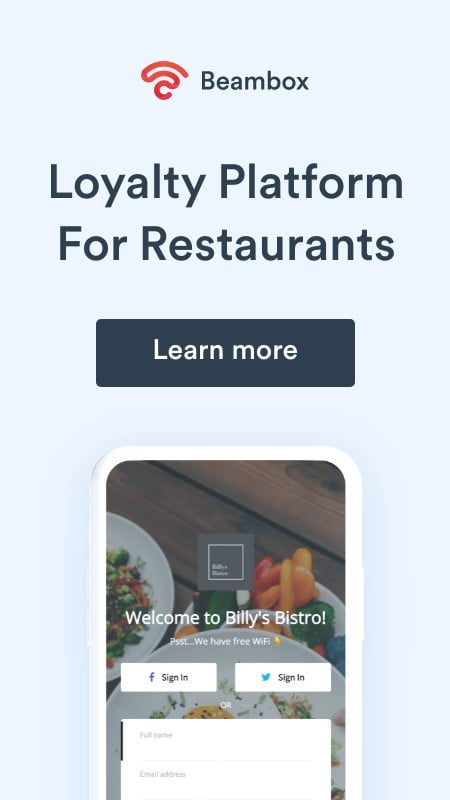 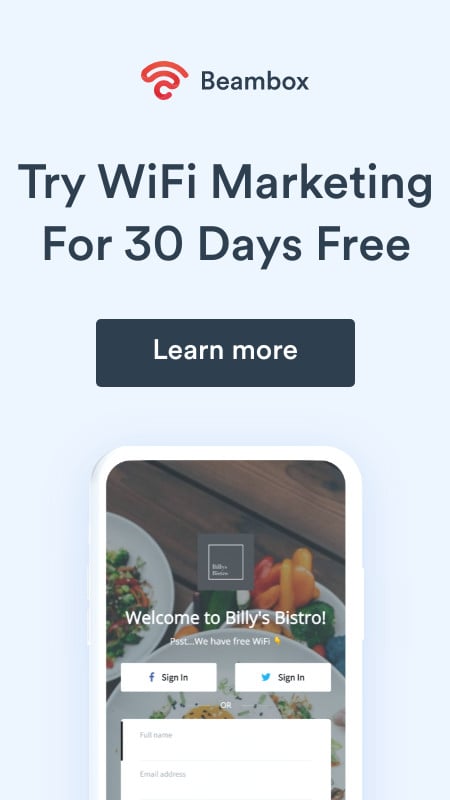 How yield management helps maximize revenue in the hospitality industry.

A complete guide to menu development for restaurants designed to drive busines and stimulate appetites.